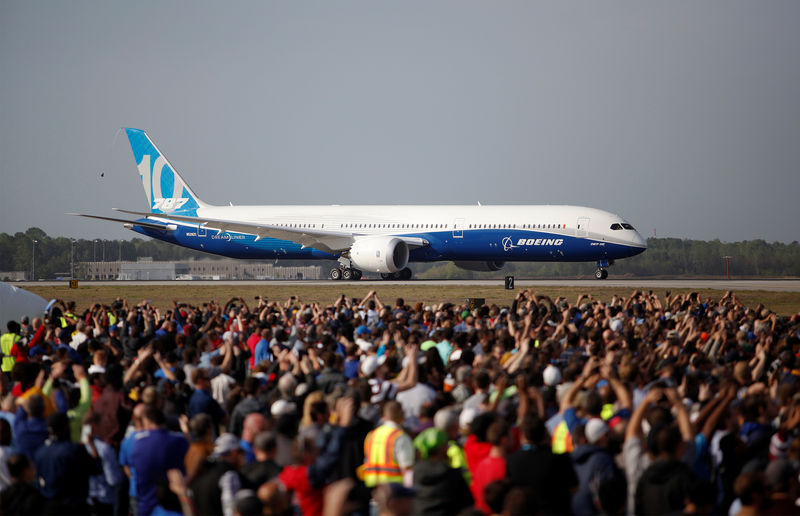 It expects to complete the increase in production in the second quarter, Muilenburg told analysts on a conference call.

“We have started transitioning to 14 a month in our factories and supply chains as we prepare to begin delivering at this higher rate,” Muilenburg said.

The comments follow an earlier Reuters report that Boeing had starting running 787 lines at a rate ready to support the higher output of 14 jets a month.

While factories are already absorbing parts at the new speed, it can take several months for new jetliners to work their way through final testing and delivery. Some gaps in production are typically introduced to smooth such changeovers.

Boeing has previously said it aims to reach the new production rate in 2019.

Boeing shares jumped on Wednesday as the world’s largest planemaker raised its profit and cash flow expectations for 2019 amid a boom in air travel.